Warrior Women, Beautiful, fierce and powerful, the Woman Warrior is a timeless archetype spanning world cultures, but she is by no means a mere urban myth. The modern warrior woman occupies an important place in today’s culture and is inherent within every woman. Something Kate Garner demonstrates in her latest photographic exhibition, ‘Warrior Women’. Celebrating the modern-day warrior woman in her diverse forms, the collection chronicles the last three decades of Garner’s photographic crop, featuring captivating portraits of female icons of our time, including Bjork, Sinead O’Connor, Kate Moss, Angelina Jolie, and Gwen Stefani.

“The collection reimagined the iconic women of my last two decades in a montage. In an era when gender abuse is tantamount to our global conflicts, these are my portraits of Warrior Women.”

Garner herself has a fascinating backstory which undoubtedly informs her latest collection. She burst onto the colourful 80’s music scene, experiencing the dizzying heights of stardom as one-third of new wave pop outfit, Haysi Fantayzee. Hanging up the microphone, Garner went on to pave a successful career as an artist and photographer in Hollywood -with many of her unique portraits of the stars taking on cult status. 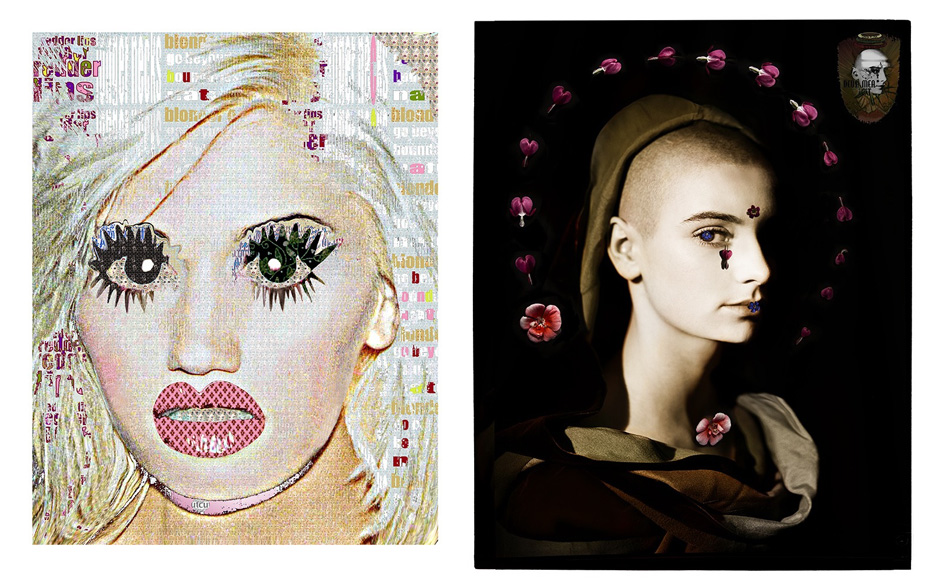 As well as featuring new and exclusive prints, Garner’s latest exhibition will present reworked portraits based on photographs from her ‘Lost’ archives, which were mysteriously stolen from storage in the 90’s. Some of the photographs have since found their way back into her hands, signifying the rebirth of a forgotten era for Garner. This fortuitous twist of fate proved to be an opportunity for reflection as well as the perfect inspiration for her latest work. Garner reflects, “The sudden re-appearance of the old work was not unlike seeing a child grown from a once known infant. The recurring thought as I perused the work: I’ve met with some of the world’s great women, enjoyed their company, perhaps even seen things in them that they did not in themselves.”

Warrior Women was new for Garner, using exciting new techniques such as diamond dust and glazing, Garner breathes new life into original images from her spectacular photographic archive. With this touch of added glamour, she embraces a fresh and modern warrior woman aesthetic. We are faced with striking and intimate portraits of women, each encapsulating their innate warrior woman qualities in their own unique way.

‘Warrior Women’ was displayed at Zebra One Gallery in Hampstead and was open to the public from the 7th of September until the 5th of October 2013.

Cent Magazine: Warrior Women is an exhibition showcasing work of Kate Garner, famous for … Apart from classic and reworked photographs, visitors of Zebra One will have a …

Stay Ahead Of The Herd